noodle shrine ✵ back to the directory!

I THINK 2D IS PRETTY COOL

ive been listening to the gorillaz since i was like 9 but recently i did some sort of double down and, like, SERIOUSLY started to listen to them. i became like, a-get-vinyl-of-the-fall-for-christmas kind of fan. but i secretly want to get the plastic beach vinyl (but my local record store doesnt have any orders coming in!??! and its 50 bucks on amazon!?!?! TRASH!!)
(update!: i recently got pb on vinyl AND a new record player, what a win)
idk. i think blue hair man is cool. i wouldn't say he's cute or anything (because hes british ew!!!) but i would say he is, aesthetically pleasing. britshi """people"" are always able to be aesthetically pleasong. this furthers the britshi people are not real theory.
it is a major L on his part when he (gets tripped and) falls in the humility music video. i can relate

who is this 2d feller anyways he seems cool

HE is the keyboardist and vocalist of the british based band known internationally as gorillaz.! they make plenty of cool swagger songs and albums such as Demon Days and Plastic Beach, and personally I think Humanz is a good album. anyways if im getting the lore right he joined gorillaz when murdoc fuckong crashed his car into where 2d worked to...steal.keyboarda.. anyways it hit 2d right in the eye causing an 8ball fracture or whatever (basically made his eye black or somethin)...and uhh some days pass and murdoc crashes his car again and now 2ds other eye is black and murdoc was ig like uh "wauw" so thats how the groillaz started?! lore moment (jk i dont keep up with the lore)

troy before yoy ask yes this is my pfp on discord...sorry you had to find out this way 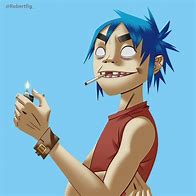 from the tranz mv i think? 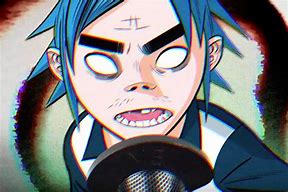 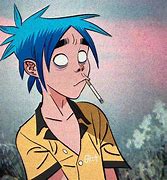 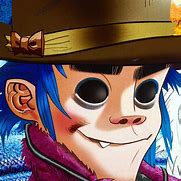 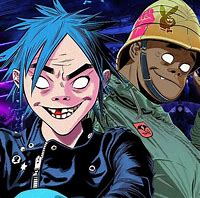 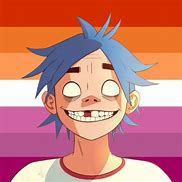 idk why hes looking at me like that but idk 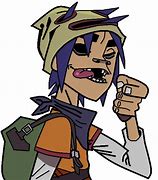