you may need to zoom in to see more, or check out the panel-by-panel version here! (warning it doesnt exist yet so dont click it ok) 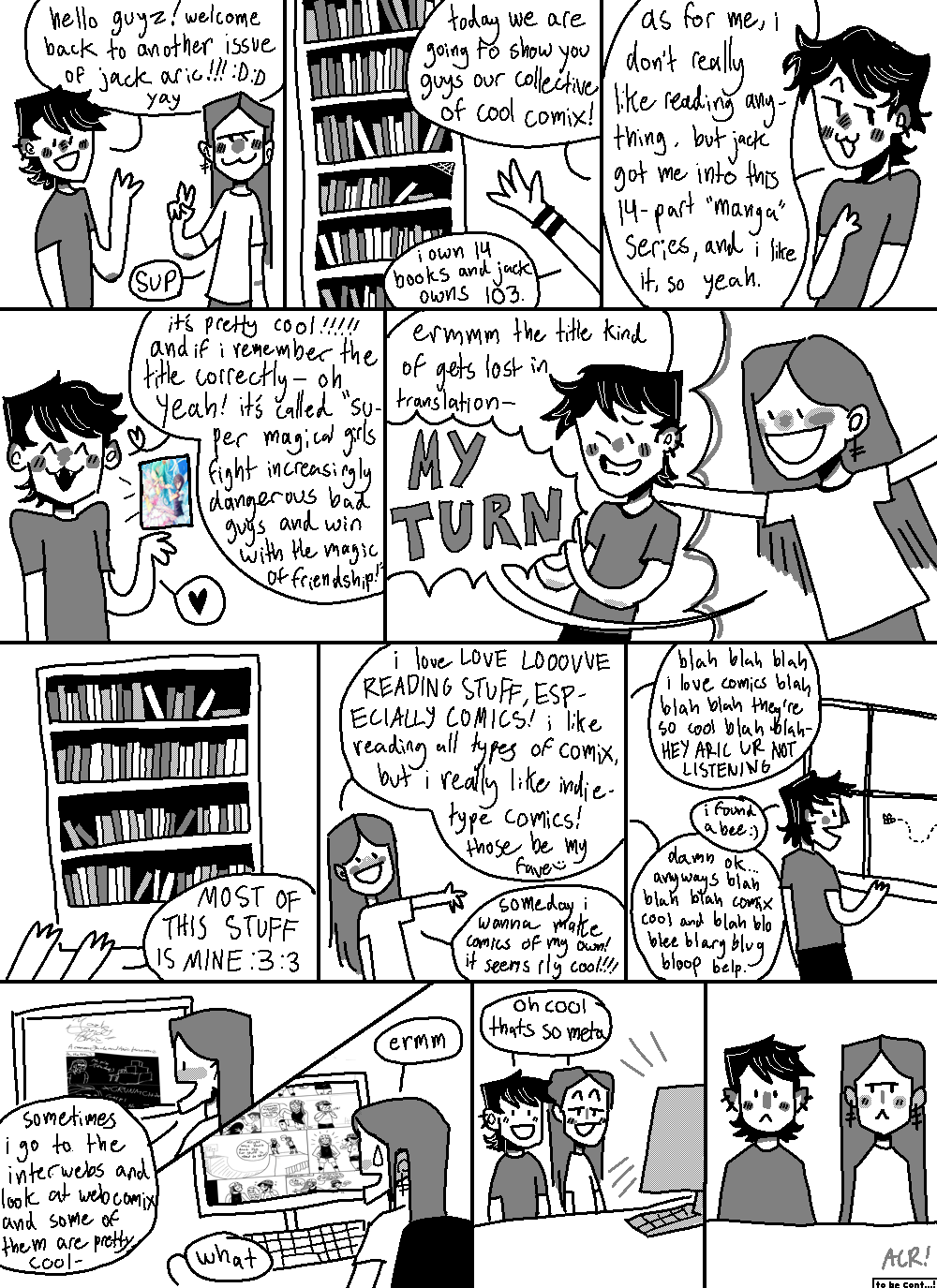 links to the other comics!!

aric: today we are going to show you guys our collective of cool comix!!!

aric: as for me, i don't really like reading anything, but jack got me into this 14-part "manga" series, and i like it, so yeah.

aric: it's pretty cool!!!!!!! and if i remember the title correctly - oh yeah!!! it's called "super magical girls fight increasingly dangerous bad guys and win with the power of friendship!!!"

aric: ermmm the title klinda gets lost in translation-

jack: MOST OF THIS STUFF IS MINE

jack: i love LOVE LOOOVVE READING STUFF, ESPECIALLY COMICS!!!!! i like reading all types of comix, but i reall like indie-type comics!!!! those be my fave :)

jack: someday i want to make comics of my own! it seems rly cool!!!!!!

jack: sometimes i go to the interwebs and look at webcomix and some of them are pretty cool-

(there is an image of jack aric comic)

me and jack: (we stare at the camera)